In a similar vein I threw caution to the wind (and the overdraft to Air Madrid) and headed for Brasil in early November.

The ointment on the fly? My high wind launches are notoriously poor…

Airtime – loads and loads. Comp success – minimal. Portuguese – bugger all. Previous best distances… 160 Brasil; 120 somewhere exotic and about 45 (on a weekend in the UK which is the only true test of mettle). No names to spare the (my) blushes of (shame) pride. And just so you might (not) know – names and numbers might have been changed to protect the innocent (memory loss is setting in rapidly).

Never having been to South America – I was pleased to find that Brasil is just like India (with more explicit and cheery prostitution). Sun rise at 4am combined with jet-lag lead to the first beer consumed (Antarctica) before 07.00 just after the first saunter along the beach admiring the ‘view’ (fit fitness fanatics). Only having huge denomination notes, beer was the only answer (a green coconut was what we wanted – but market forces intervened) – a theme which we extended throughout the day. I can’t recommend enough the healing effects of getting pounded by big breakers of translucent blue on a perfect beach in November…

‘(flying) is an infinitely minute part of my personality’

On return to the hotel – the hangliders had arrived and were checking their wings for dents. And yep – they found them. Much wailing and teeth gnashing followed – only interrupted by a near fatal accident as 30-40 guys attempted to get a fishing boat on an open lorry already full of stuff.
The first party – was that evening at a posh open air club. A bit disappointing for anyone who can’t dance properly….(i.e. all visiting pilots); but it looked great for those who could.
Lesson 1 – learn to dance…

Second Impressions
Truck stops are great – surrounded by thermalling Urubu (vultures) in the midst of cashew plantations (what a weird thing they are) sampling the tastes and smells of brasilian life. Obviously very arid – but nothing compared to where we’re headed.
Dali country. Straight to take-off – with wonderful views of this crazy landscape. Desert and granite. Cactus and forest. Cloudbase in space (this was late afternoon).

The Evening ‘orientation’ Flight
In a fit of last minuteism (or excellent brasilian planning) the launch was still smouldering from being burnt when we arrived. Despite the howling wind I was about third off and found thermals so big and smooth that within minutes I was taking pics of take-off (quite rightly thinking that this would be the only time I would have the leisure to do so).
Lesson 2 – don’t think about the wind at take-off…

A short flight to the hotel (on the next mountain) proved that it would have been much easier to go xc than to stay in the area around launch – simply as lift was everywhere and the wind was between 35 and 40 kph. I wondered why few others launched… Backing it into the football field resulted in the classic end to a Brasilian flight – loads of kids – helping to pack-up, offering their sister to you and carrying your bag.

Brilliant. The chap who missed the field found life more interesting as he was charged by a bullock who dragged him around the field for a while until a kid sorted it out (as well as losing his shorts!).
Lesson 3 – think about the wind (and the cactus plantation) on landing…

Launches – somewhere between OK and suicide depending on your timing / fear and desire. Basically it’s always too windy to fly and thermic as hell – even at 07.45 when you are set up ready to go. Get your favourite group of urchins to lay-out your wing and hold it down (pick a good 5 or 6 for safety) and try not to get overly concerned that the wind is blowing in gusts from manic to hurricane. Use the reggae grooves emanating from the massive sound system to calm nerves (but don’t look at all the nasty scaffolding right where you might end up). Wait for the launch marshal to tell you that the two ‘tells’ (bare trees) that you can’t see are no longer thrashing around (meaning at least it’s laminar flow). Assess wind speed and throw canopy in the air. Hope to penetrate (ignore the calls from the large crowd for speed bar) as your thrashing wing keeps flying and be aware that the only reason that the wind dropped enough to take off is the monster thermal in front that you’re about to fly in to. A unique experience and one that with-out the kids and the marshal would be impossible. If you get away with a bad one the crowd love a screech and face pulling over your shoulder…
Lesson 4 – make sure your will is in order…

Flying – well I had a lot to learn about ground sources. Cloud flying is essential for the first 30-40 km – interesting with the hangies taking full advantage as well – and being in a gaggle really helps. Everyone was decked in the first 30 at some point in the week – and some never made it further. The scenery is stunning – with large mountain chains perpendicular to the course at 100 and 200 km making it exciting (the wind really howls across those – better find a thermal and stick in it..). There are also magic carpets (especially in the morning) that mean the fortunate can bump along at a constant height (Jules found one at about 100’) for kilometre after kilometre until it kicks-off. Lee-siders are nasty. The hills produce no thermals. Also – sort out a system to relieve yourself – it put me on the deck at 50km when the gaggle I was with went 200+. So much for the ‘sling it over the side and relax’ approach. We also probably all got suckered into the locals’ massive distance approach taking off too early.
Lesson 5 – don’t chase the world record guys – isn’t 150km + every day enough for you…

Landing – Don’t for hours! Remember to carry sweets, water, and bananas. Allegedly this is to help you survive in the desert – but really it’s to give to the kids who turn up to help / laugh with / stare at. The occasional adult would turn up to offer you a ride on his mule / motorbike through the desert to the road. Invariably I was invited into the house – watered and offered food, made to laugh, play games and generally treated as an amusing interlude to a harsh life.

More worryingly I was almost always offered the unmarried daughter…
Lesson 6 – the flight is half the fun.

Memories of the Competition.

‘Come and have some brasilian food and then we party’ – meaning – we are from Rio and are the only ones who are not here to break records. Food means huge slabs of fantastic meat covered in sand (corn meal). We party means not going to bed before 9pm like every-one else but going dancing in town until everyone gets lucky.

‘The happy bus got back at 3am’ – meaning – I flew more than 120km (and as much as 360km) waited for hours at a hotel then got the bus back (huge round trip to stay on the tarmac) whilst sleeping across two rows of seats with hang-gliders down the middle.

‘Francoise who’ – meaning – the chap who wasn’t good enough to avoid compressing 3 vertebrae on take-off and hence shall not be spoken about at all. Ever again. Mention him or the dogs / people hit by retrieve drivers and you can go home. Shhh.

‘We deserve a big distance’ - meaning – we’re drunk and desperate – it’s the night before the final open distance and 75km cross wind is still my best distance. My companion (the south African no 1) went on to finish a poor week with 350km plus.

‘We’ve got to play the percentages – and go with a gaggle’ – same South African who did. I didn’t but found shouting for thermals worked well to over 100 miles (166km) on the first and only blue day (I got better at the ground sources thing).

‘The thermometer of success is merely the jealousy of the malcontents.’

The boys did great… Despite flying (much) further in the one week than all year in the UK and the Alps I propped up the brits.
Jules twice broke the 200km mark and that wasn’t all – with Matt notching up a best single flight of 222km. In the end they were separated by less than 1km!
Every single day someone flew 250km+ with two boys breaking the 300km barrier two days on the pop (360+ on the second). Wild.

The standard of piloting is superb – better than anywhere else I’ve been – but even more remarkable than the skill shown was the focus of the participants. The chemist must have been surprised at the rush for catheters.

It may be scored as a comp – but it isn’t like any comp I’ve ever been in. Having to wait up to 20 minutes between 2-3 launches perhaps has an effect – the random sorting in the first 30km and the stunning distances meant that one day could change the result (which weren’t published) anyway. I had no idea where others had got to – it was just disapointing that more days than not I had time to wonder!

To mis-quote Salvador
and for full effect stick dead flies into your waxed moustache, tilt your head 45’ to one side, bulge your eyes whilst setting fire to the curtains and impersonate Monty Python.

‘What is the difference between madness and flying the xceara
– nothing, but the xceara is not mad’ 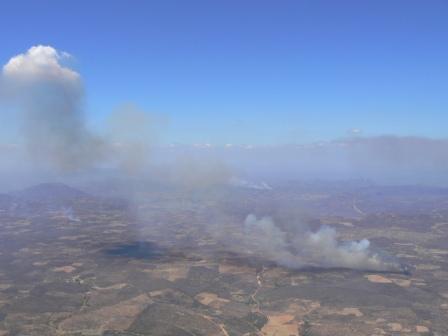 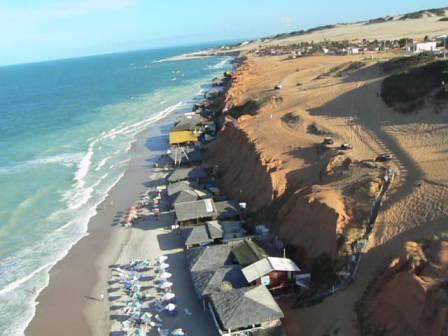